please join us to kick off our social justice subscription. this is the launch of the first two books in the series – Found, But Really Lost (Pamela Laskin) and Variations on Sett/ling Seed/ling (Sherese Francis) — as well as our 2017 publication Silent Rain! (Zahura Akter). Pamela, Sherese and Zahura will be reading & all purchases will go to an organization of the poet’s choice.

this event is free, and snacks & drinks will be provided. 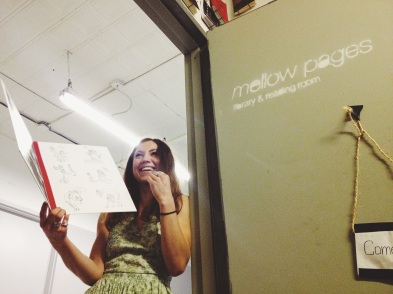 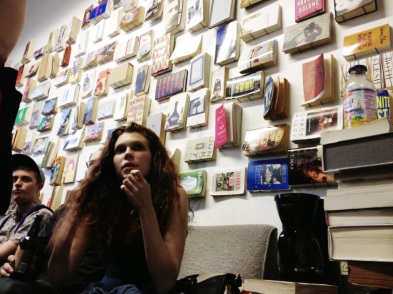 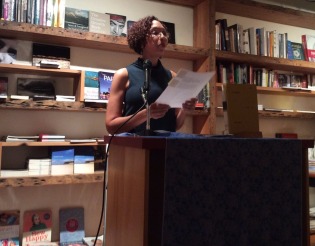 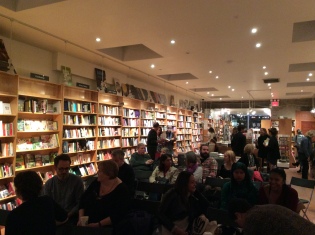 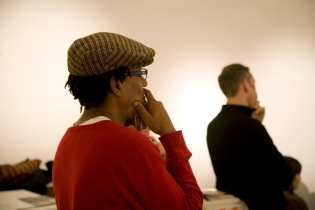 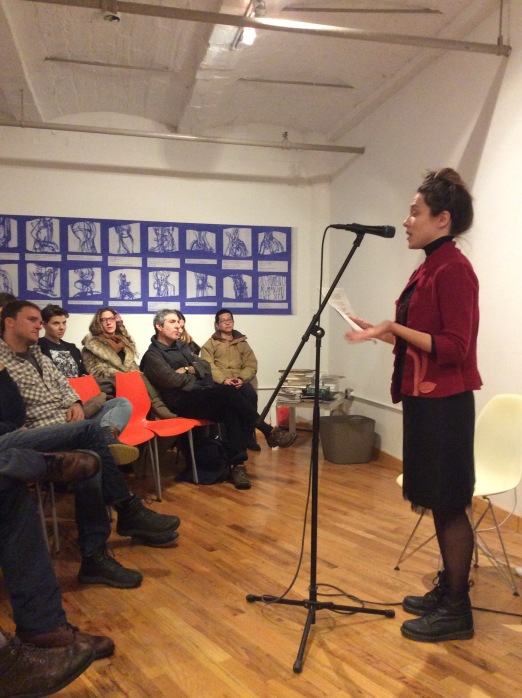 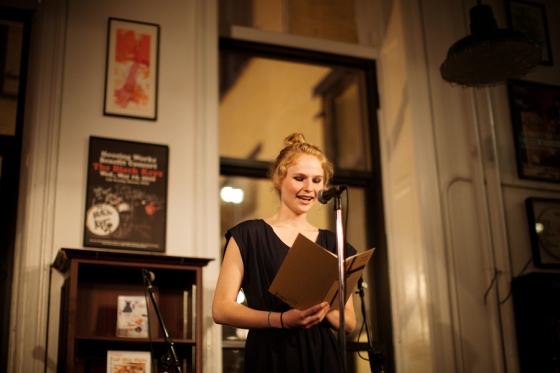 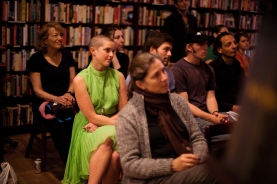 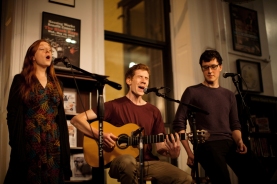 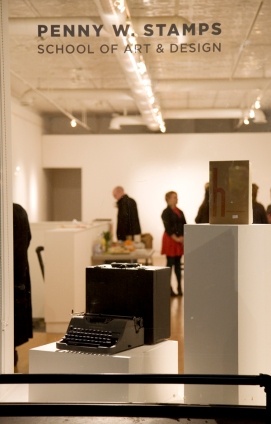 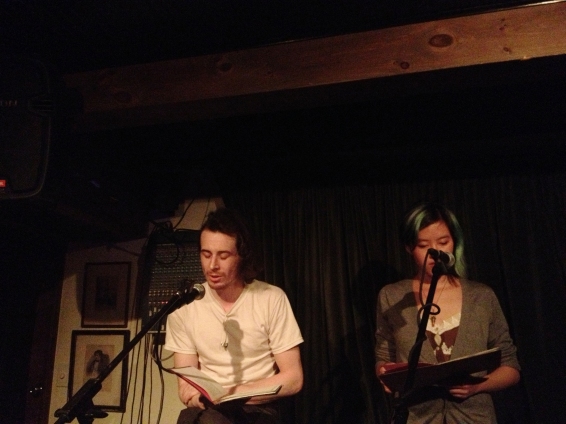 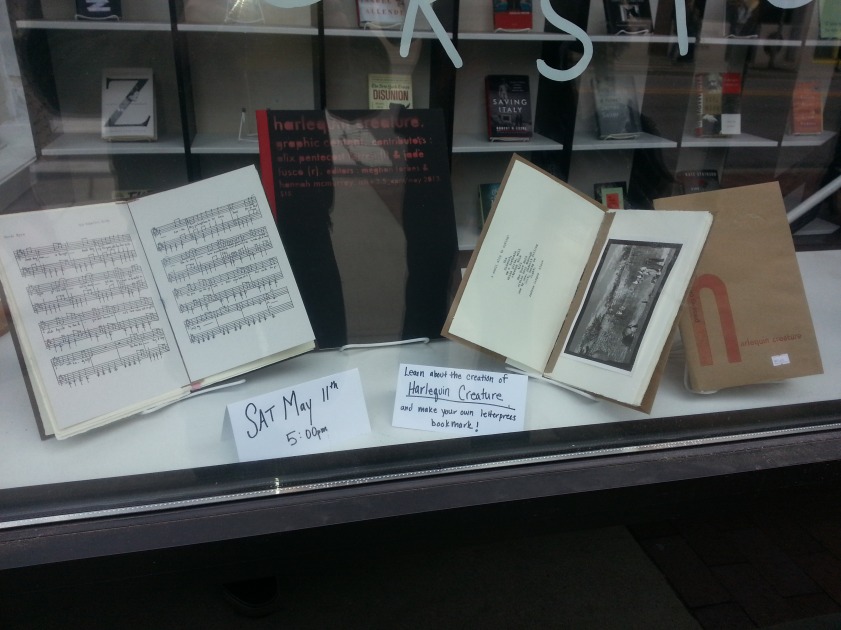 a sampling of past events

suspended whispers is the latest chapbook published by harlequin creature. it is a trilingual illustrated edition of poems in persian, french & english. the book is a collaboration between three women, all currently based in austin, texas: the poet roja chamankar, translator emily beyda, and artist jade fusco. find the book here.

despite the surge in digital publishing, the print platform remains appealing to many artists, writers, curators and designers for its unique aesthetic, archival, and discursive potential. presentations by two independent publishers, nos:books, run by artists son ni and chihoi, and passenger pigeon press, started by artist tammy nguyen, on the history and output of their respective presses. harlequin creature’s meghan forbes moderated a discussion that followed the presentations.

chapbook illustrator vlad beronja, in conversation with sabine hake (screen nazis, topographies of class, german national cinema) and meghan forbes,  for a discussion of the german-jewish author and film critic siegfried kracauer, with special attention paid to his early writings from between the world wars.

in celebration of hc’s first little chapbook. joined by translators alex zucker, who will read from his translation of czech author jáchym topol’s angel station (forthcoming in may from dalkey archive press) and jennifer zoble, reading from the short story collection call me esteban by the bosnian writer lejla kalamujić. readings followed by a discussion around central european literature in translation.

new york based poets and visual artists audra wolowiec (an issue 7 contributor), emmalea russo, and giovanna olmos will share their work and participate in a moderated discussion.

issue 7 contributors ginger buswell and robert dean, as well as past hc author, nathan earl rose, in conversation on the relationship of text & image in their work, moderated by co-editor meghan forbes. the conversation is accompanied by a pop-up exhibition of pieces from the new exhibition.

harlequin creature celebrates the launch of its newest issue “to all, to all children” at mundo azul. joined by writer & illustrator zack rock. wine for the adults, craft station for the little ones.

our youngest contributors lola calise and lilya davis will share their work featured in the new issue, and big kids ian mclellan davis, katie vogel, and isaac gillespie will lead a sing-a-long of new music and kid classics alike. all in attendance will also be invited to try their hands at a typewriter, and take home what they write.

hc editor hannah mcmurray shares the stage with megan levand (of why we live in the dark ages, forthcoming from tavern books’ wrolstad contemporary poetry series) and julie babcock (of the poetry collection autoplay).

hannah joined by matvei yankelevich (udp founding editor), ken mikolowski (of the alternative press) & ann marie thornburg (past contributor & umich mfa alum) for a night of readings at the hottest spot in town.

another first for us…first time in berlin, and first print show!! editor hannah mcmurray curates an assortment of print works based on the issue theme of the absurd, with the help of elly jarvis & heidi madagame. works from past & present hc contributors and friends dave foarde, barbara brown, alvey jones and leander johnnson will be on display and available for sale. the vernisage on nov. 2nd serves as the issue 4 launch, with readings from the new issue, and berlin friends. works on display through january 2014.

our first here! joined by three celebrated czech poets jonáš hájek (of the poetry collections suť and vlastivěda, and also a past contributor to hc), ondřej macura (most recently of the new poetry collection sklo), and viktor špaček (of the collections zmínky a případky and co drží nizozemí).

there will be readings from the issue, as well as by francine j. harris, whose book of poems allegiance was recently published by wayne state university press and jeremy schmall, author of jeremy schmall and the cult of comfort and co-editor of agricultural reader

with agricultural reader and udp’s 6×6