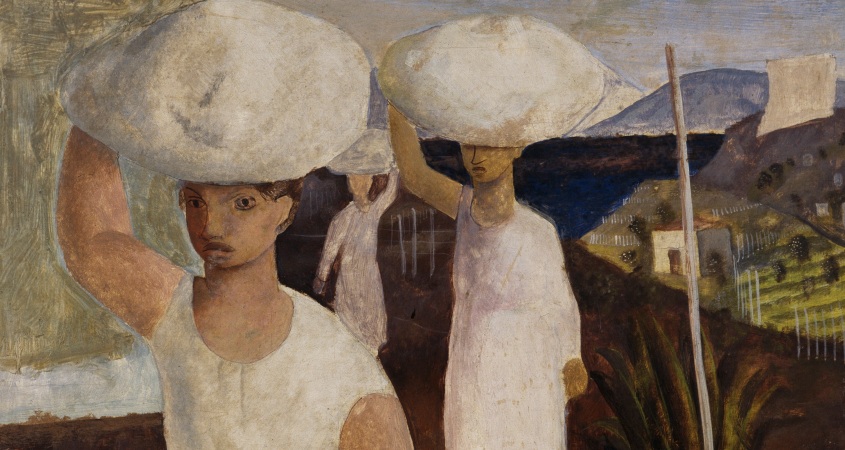 They are dreary, the dresses of these girls –

no flower, not even withered, no leaf

Translating my own poems

When I translate my own poems, I first write a near-literal version in English, one that is, above all, clear. I also offer several alternatives. In the next stage, John carefully reads the English version I came up with and maps it onto the original in Portuguese. In each language, each particular word has a sort of aura or networks of meanings, and sometimes it’s only in the process of connecting the sub meanings attached to each word that a corresponding one can be found. Once the original poem is more deeply explored by both of us, we move towards finding a more idiomatic English. We therefore not only explore semantics but the pragmatics of language: the way it is spoken, the appropriate way of using a phrase in a specific context. After generating several versions, we have an extended dialogue until both of us are satisfied that we have a vivid and accurate translation of the original.

The force expanding in the body,

trying to escape the brute state,

makes him move in perpetuity,

a pact with time, unbroken.

The marble deceives and shows a man

emerging unfinished from the stone.

Held still, in the narrow space, the gesture,

and in it, the struggle that goes beyond absence.

The stone is never defeated, and the being never escapes:

a human rhythm, but without laughter and tears –

delivered to the deepest point, a prison of weight.

Inside the illumination, darkness doesn’t cease:

the knot in the fixed flow is not undone.

No fundo do pano

suor, perfume, no fundo do pano.

In the cold depth of the cloth

after the painting Washerwomen (1937),

In the bundles on the heads of these girls

there are dirty clothes worn by other girls,

who strolled, dined and partied –

sweat and perfume, in the weave of the cloth.

Into the cotton they wear, these girls,

enters their sweat (its bittersweet perfume),

transparent pearls that permeate it,

wetting with bitterness the fabric of their dresses.

They are dreary, the dresses of these girls –

no flower, not even withered, no leaf,

nor the color of petals on white –

a white that was washed by clean hands.

In the still young hands of these girls

playing is a strength that hurts,

that rubs blindly the filth

and squeezes the foam as the water rinses.

Following the bare feet of these girls

we arrive at the banks of hidden lakes,

where the cold depth of the cloth is drowned –

the soiled clothes put on by others.

e a mim me dou

Master of my own self

I stole from my master

I stole from him the shadow

of these arms, of these hands.

this body that is free

stole from him the feet

that say who they are to the road.

I stole myself from the master

what it is to belong

and I give to myself

what it means to be me:

master of my own self.

Natan Barreto (Salvador, 1966) is a Brazilian poet, translator and primary school teacher. He has lived in Rio, Paris, Rome, and, since 1992, in London. He has published five collections of poetry, including Under the Roofs of the Night (1999), Still Movement (2016) and A Backyard and Other Corners (2018), which won the Sosígenes Costa Poetry Prize. He also translated from the French into Portuguese two books by the Madagascan writer Jean-Joseph Rabearivelo, compiled in the volume Almost-Dreams & Translated from the Night (2009). In London he has given readings at the Brazilian Embassy, the Museum of London, and the universities of Queen Mary and Nottingham. His poetry has appeared in some journals, such as Blimunda, the magazine of the José Saramago Foundation, and is part of the bilingual anthology Poets adrift: first anthology of Brazilian diaspora poetry (2013).

John Edmund Rhodes (Preston, 1955) is an English consultant clinical psychologist. In London, he gained a degree in philosophy. He has also lived in Paris, where he studied languages and visual media. For some years he worked as an English teacher.He has published three psychology books, Solution Focused Thinking in Schools (1995), Narrative CBT for psychosis (2009) and Narrative CBT: Distinctive Features (2014), and numerous articles in academic journals. He has translated Brazilian poems for the bilingual anthology Poets adrift: first anthology of Brazilian diaspora poetry (2013), as well as for readings at the Brazilian Embassy, the Museum of London and the Cheltenham Festival of Literature.

This is the second in a three-part series of poems translated from the Portuguese. Purchase a limited print edition of this set of poems by clicking  here. Your purchase of this edition helps to support contributor honoraria and printing costs.